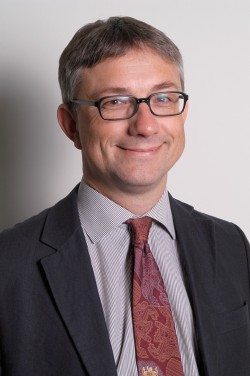 Simon Kaner MA Cantab, PhD (2004) is Director of the Centre for Japanese Studies at the University of East Anglia and Head of the Centre for Archaeology and Heritage at the Sainsbury Institute. He is an archaeologist specialising in the prehistory of Japan.

A Fellow of the Society of Antiquaries of London since 2005, he has taught and published on many aspects of East Asian and European archaeology. He has undertaken archaeological research in Japan, the UK and elsewhere and worked for several years in archaeological heritage management in the UK. His recent publications include The Power of Dogu: ceramic figures from ancient Japan (2009), which accompanied a major exhibition at the British Museum. Other works include Jomon Reflections: Forager Life and Culture in the Prehistoric Japanese Archipelago by Kobayashi Tatsuo (2005), which he adapted and edited with Nakamura Oki. He is also currently completing an edited volume The Archaeology of Medieval Towns: case studies from Japan and Europe, to be published in 2011.

Simon is also Research Fellow in the Japanese Section, Department of Asia, The British Museum

Research interests include: Japanese prehistory and the history of archaeology in Japan; the urban historic environment in Japan in comparative perspective; Japanese cultural heritage and the international role of Japanese heritage management. He is director of the Shinano River project, investigating the development of historic landscapes along the longest river system in the Japanese archipelago, and is beginning a new project on the archaeology of the Kofun period in Japan and its connections with East Asia.