The Power of Dogu: Ceramic Figures from Ancient Japan 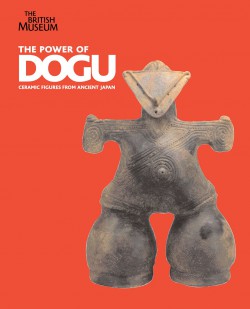 Edited by Simon Kaner
Published by: The British Museum Press, 2009

A fascinating look at the dogu ceramic figures from ancient Japan.

Born from the earliest dated tradition of pottery manufacture in the world, dogu abstract clay figurines with recognisably human features – are a link back to the lost worlds of the remarkable Jomon period (around 10,000-500 BC). They have been excavated in large quantities from sites throughout the country. Many were deliberately broken before burial which has raised intriguing questions about their possible uses.

This catalogue illustrates 70 dogu, the most important of which have been designated as either National Treasures or Important Cultural Properties. In addition to the descriptions of the pieces themselves, the book includes chapters written by experts in the field exploring the wider East Asian setting and the significance of this context in understanding Japanese prehistory.