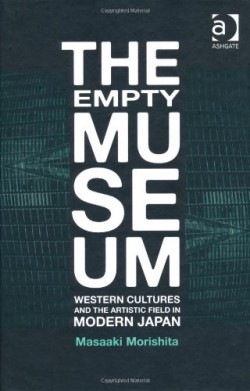 This book examines the processes through which public art museums, as modern Western institutions, were introduced to Japan in the late nineteenth century and how they subsequently developed distinctive national characteristics. The author focuses on one of the most distinctive forms of Japanese museums: the ’empty museums’ – museums without collections, permanent displays, and curators. Morishita shows how they developed, in relation to social and cultural conditions at certain periods in modern Japanese history, by engaging with a wide range of interdisciplinary theories, in particular, Pierre Bourdieu’s field theory and the conceptual framework of transculturation. Japan is used as a case study to show in general terms how the processes of modern Western culture associated with public art museums were introduced and transformed in the local conditions of non-Western regions. With its unique empirical cases and theoretical focus, the book makes a significant contribution to existing literature in the field of museum studies, both in the English-speaking world and in Japan, and will be of interest to scholars and students of sociology, art history, cultural studies and Japanese studies.