Burial Mounds in Europe and Japan: Comparative and Contextual Perspectives 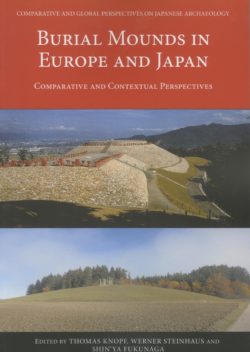 Burial Mounds in Europe and Japan brings together specialists of the European Bronze and Iron Age and the Japanese Yayoi and Kofun periods for the first time to discuss burial mounds in a comparative context. The book aims to strengthen knowledge of Japanese archaeology in Europe and vice versa.

The papers demonstrate many methodological and interpretive commonalities in the archaeology of burial mounds in Japan and Europe and provide a series of state-of-the-art case studies highlighting many different aspects of burial mound research in both regions. Topics addressed by both European and Japanese specialists include research histories, excavation methods, origins and development of graves with burial mounds, the relationship of burial mounds to settlements and landscape, and above all administrative power and ritual.

Thomas Knopf is Professor of Pre- and Protohistory at the University of Tübingen in Germany. He has conducted fieldwork at some of the largest Celtic settlements in Europe. He works on theoretical themes including the concept of continuity, and is a specialist in human-environments relationships in prehistory. He works together with soils scientists and archaeobotanists focussing on the development and the perception of landscapes.

FUKUNAGA Shin’ya is Professor of Archaeology at the Graduate School of Letters at Ōsaka University in Japan. He graduated and received his doctorate from the Department of History, Graduate School of Letters, Ōsaka University. Professor Fukunaga is a member of the Science Council of Japan and the Committee for the World Heritage Inscription of the Mozu-Furuichi Kofun groups of mounted tombs. His publications include From the Yamatai Kingdom to the Yamato Court (Ōsaka University Press, in Japanese).

Available to purchase through Archaeopress here. 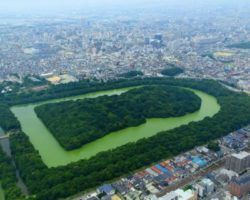