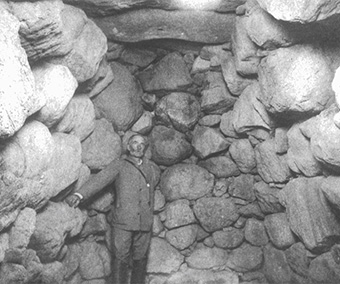 In 2016 we instigated the world’s first twinning of archaeological sites – between the Grimes Graves Neolithic flint mines in Thetford in the east of England, and the Hoshikuso prehistoric obsidian mines in Nagawa-machi, in central Honshu. We will be developing further collaborations between Japanese and European archaeology in the future, and are investigating how the international significance of archaeological sites in both Britain and Japan can be enhanced and better understood.

Image: Gowland standing in the main burial chamber of one of Tsukahara Kofun group
mound. © Trustees of the British Museum