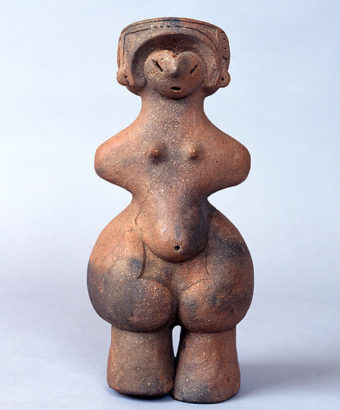 Dogu are ceramic figures made during the prehistoric Jomon period, from c. 14,500- c. 500 BC. Over 20,000 dogu and fragments of dogu have been discovered. Two exhibitions, The Power of Dogu: ceramic figures from ancient Japan, at the British Museum in 2009, and unearthed, at the Sainsbury Centre for Visual Arts in 2010 were coordinated by the Sainsbury Institute funded through the Arts and Humanities Research Council Museums and Galleries Scheme. The project, with an extensive programme of publications, conferences and workshops, formed the basis for a highly evaluated Impact Case Study for the 2014 REF (Research Excellence Framework) is now featured on the research pages of the UEA website (link). In 2014 a further exhibition, Dogu: a Cosmos, was held at the Miho Museum in Shiga prefecture. Miho Museum