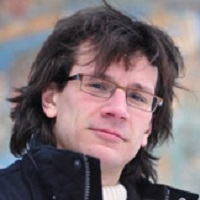 Radu Leca is an art historian who has obtained his PhD from SOAS in 2015, focusing on the late-seventeenth-century impact of representations on the vernacular experience of space in Japan, expressed by the concept of the spatial imaginary. For this, Radu investigated a wide range of sources besides prints and paintings: maps, encyclopaedias and three-dimensional objects such as decorative stands and mechanical dolls. The focus was on changes in media formats from paintings to prints, and in narrative patterns from auspicious tales to stories of urban pleasure. A book chapter stemming from the third chapter of the thesis will be published by Ashgate in early 2016.

Additionally, Radu’s recent article, ‘Brazilian Cannibals in 16th-century Europe and 17th-century Japan’, Comparative Critical Studies, 11, Supplement, discusses a transcultural iconographic transfer through the cartographic medium, and the significance of this transfer for the formation of pre-modern identities. This interest in cartographic sources is met by SISJAC’s extensive collection of historical maps donated by Hugh Cortazzi, close examinations of which are feeding into a forthcoming monograph on the spatial imaginary of early modern Japan. This collection will also be the focus of an international workshop Radu is organizing at the Sainsbury Institute in June 2016.