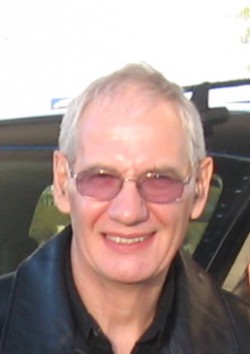 Professor Noel Pinnington formerly taught Japanese Literature at the University of Arizona but has since retired. He trained as a Hindu priest in his youth before taking up a career in computer science. After several years in Tokyo, he returned to academia, studying at Waseda, and SOAS before gaining his Ph D (medieval Japanese thought) at the University of Cambridge in 1993.

During his time at the Sainsbury Institute he particularly wanted to investigate the sixteenth-century revolution in comic performance (Kyōgen) as part of a history of Japanese medieval performance. This was published in 2019 as A New History of Medieval Japanese Theatre: Noh and Kyōgen from 1300 to 1600 (Palgrave Studies in Theatre and Performance History). He previously wrote a monograph  Traces in the Way: Michi and the Writings of Komparu Zenchiku (Cornell East Asia Series, 2006) in which he elucidated the theories of the fifteenth-century Japanese Noh performer.

Professor Pinnington’s interests include Japanese literature, poetry and theories of the arts.