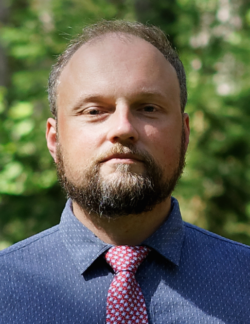 Lauri Kitsnik is a film historian who obtained his PhD from the University of Cambridge in 2016. His dissertation focused on discourses surrounding film scenarios (shinario), arguing that the historiographies of Japanese film have hitherto all but excluded the issue of screenwriting and downplayed the role of the scriptwriter as an alternative authorial position. This is while the simultaneous availability of films and their complete scripts prompted spectators to experience the same ‘text’ via different media, textual and visual. The implications arising from this ‘scenario culture’ are especially crucial for reconsidering the Golden Age of Japanese film of the 1950s when both the number of produced films and audience attendance reached their historical peak, marking the period when cinema was the predominant form of popular entertainment for the emerging middle class.

Henceforth Lauri’s research interests in scriptwriting will branch out to include the issue of film adaptation which has often remained in the relatively safe confines of a comparative textual analysis while paying less attention to various production and reception contexts. His article, ‘Gazing at Kaoru: star image in film adaptations of The Dancing Girl of Izu’ (Journal of Japanese and Korean Cinema) examined the agency of both the adapter and the film star. This concern for a balanced consideration of different roles in cinema is also reflected in his second future project on the life and work of the prolific Japanese scriptwriter, seminal independent director and film historian Shindō Kaneto. On a broader level, Lauri is interested in rethinking the 1950s Golden Age of Japanese cinema through the work of filmmakers hitherto underrepresented in scholarship; this will be addressed in an international symposium organised at the Sainsbury Institute in spring 2017.