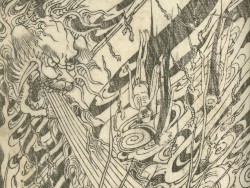 Her publications focus on medieval and early-modern Japanese hell painting, pilgrimage mandalas, and images of salvation. Her book Hell-bent for Heaven in Tateyama mandara: Painting and Religious Practice at a Japanese Mountain (Brill, 2013) treats the history, literature, and images of a cult that developed around Tateyama mountain (Toyama prefecture) in which the volcanic landscape was seen as a portal to hell and paradise.

Where the Tateyama project examined perceptions of mountains as the Other World, a new book project, tentatively entitled Negotiating with Dragons, considers the Other World that was conceived as lying beneath the sea, which is often presented in stories and images as a kingdom of dragons. This research examines various medieval paintings and objects, including portrayals of hell and the dragon palace in a set of hanging scrolls belonging to the temple Shidoji (Kagawa prefecture).