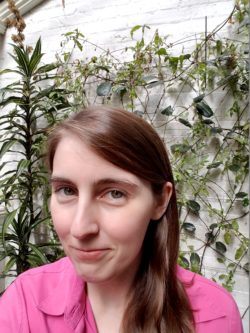 Amanda Kennell is a scholar of modern Japanese literature and visual media. Her dissertation traced Japan’s reception of Lewis Carroll’s Alice in Wonderland novels from their arrival in 1899 until today through adaptations in a variety of media. At the Sainsbury Institute, she will be revising her dissertation into a book, with a particular focus on the artist, Kusama Yayoi’s relationship to Alice in Wonderland, author Akutagawa Ryūnosuke’s two adaptations of Carroll’s novels, and contemporary adaptations in a variety of media. This project reveals the vital role played by both adaptation and Alice in Wonderland in modern Japanese culture, whilst situating Japanese phenomena within global trends.

More generally, her research interests include gender roles, the role of digital technology in contemporary culture and pedagogy, East Asian cinema, animation, science-fiction and fantasy, Korean literature and popular culture, and the depiction of violence.

Her work has appeared in The Journal of Popular Culture, and she guest curated the Finding Alice in Japan (2015-2016) exhibit at USC Libraries. She has held fellowships from the Andrew W Mellon Digital Humanities programme and the Nippon Foundation. She has also received an MA in East Asian Languages and Civilizations from the University of Pennsylvania.