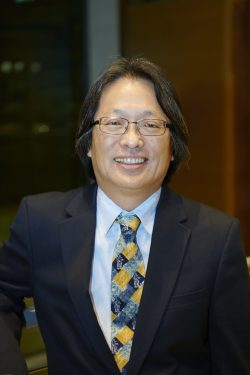 Junzo Uchiyama is an environmental archaeologist, who obtained his M.A. from University of Durham in 1996 and PhD from SOKENDAI, the Graduate University for Advanced Studies, Japan in 2002. Based on the methodology of zooarchaeology, his main academic interest has been human historical adaptation processes to their environments during “Neolithisation”, the transitional period from hunting-gathering to agriculture-based societies since the Last Glacial period, using the Japanese Archipelago during the Jomon period as a main research field.

Apart from Jomon research, his fields have extended into various other areas in Circumpolar Eurasia with aims at cross-cultural comparisons of the socio-economic and cultural adaptation during Neolithisation, such as Northern England, Korea, and the Russian Far East. Especially in England, he has for many years engaged in investigations of Mesolithic sites in the Vale of Pickering in North Yorkshire.

More recently, he has also directed his interests towards the fields of heritage management. As more regions and sites have been recognised as cultural/natural heritage, new problems have been raised, including in what ways historical heritages should be managed for supporting regional communities and their sustainable development for the future. He is working with this topic by taking mountain heritage sites in Japan as his main fields and undertaking comparative perspectives with European examples.