February 2020 Message from the Executive Director

February is the month of the festival of setsubun (the day before the beginning of spring, 3rd February) in Japan: casting out disease-bringing demons through scattering beans and welcoming in good luck for the year (so especially apposite this year). At the Sainsbury Institute, it is when we welcome students from the University of Tokyo (Todai), Japan’s No. 1 university, for our Winter Programme in British Archaeology. Students are very much on our mind as we look forward to applications for the new MA in Interdisciplinary Japanese Studies, and for our two summer programmes, Japan Orientation (supported by the Toshiba International Foundation) and the Ishibashi Foundation Summer Fellowship, application deadlines 31st March, to spend some of the summer in the beautiful city of Norwich learning about Japan from leading specialists.

The Sainsbury Institute has several partnerships with Japanese universities which complement the formal exchange agreements between the University of East Anglia and 17 of the best universities across Japan. I am just back from delivering a set of intensive lectures (集中講義) for the Department of Archaeology at the University of Tokyo. It is now officially holiday time in Japan – their new academic year only begins in April, and I was greatly impressed by the endurance of the select group of MA students who joined me for 14 hours of ‘Jomon in the World’ over three days. It is a format that allows the students to get to know a visiting lecturer very well, and is an opportunity to try out some new ideas in front of a discerning audience. While there, we renewed the agreement between the Sainsbury Institute and the Faculty of Letters that underpins our Winter and Summer Programmes in British and Japanese Archaeology and Heritage, which since 2015 have so far seen 50 Todai undergraduates spend a couple of weeks with 50 of their counterparts from the UK and elsewhere. Check out the reports which are all available through our website.

The Institute’s connections with Todai extend back to the noughties when our Founding Director Nicole Rousmaniere, spent three years seconded to the Department of Cultural Resource Studies as a visiting professor. Today, our former Handa Jomon Archaeology Fellow and subsequently Lecturer in Japanese Artistic Heritage in the then School of World Art Studies at UEA, Dr Matsuda Akira, is a senior member of that same Department and works hard to maintain close ties. More recently, the visiting professorship there was held by our former Robert and Lisa Sainsbury Fellow, Dr Ryan Holmberg, prolific translator of manga, who has just published his translation of Tsuge Yoshiharu’s Munō No Hito (The Man Without Talent).

February is also when we get to celebrate our link to another of the world’s greatest universities, down the road in Cambridge. On 10th February, one of our current Robert and Lisa Sainsbury Fellows Dr Robert Simpkins will give the annual Sainsbury Institute Art Lecture in the Faculty of Asian and Middle Eastern Studies. We are working in partnership with the Centre for Heritage Studies at Cambridge for a Jomon Matsuri later this year, one of the ways we will be marking the UK-Japan Season of Culture and the Tokyo Olympic Year. With partners across Norwich we look forward to the special ‘Japan in Norwich Season’, which we kicked off with a wonderful evening of poetry from Anthony Thwaite, one of our most distinguished living English poets, who interspersed readings from his new anthology in Japanese and English with witty reminiscences about his times in Japan from the 1950s onwards. The literary theme will continue into February with ‘Japan Now East’ at the National Centre for Writing, after which we look forward to two Japan-themed exhibitions over the summer, at the Sainsbury Centre for Visual Arts and the East Gallery of the Norwich University of the Arts – details to be revealed shortly.

We look forward to welcoming many of you to this month’s Third Thursday Lecture – a rare opportunity to hear about Medieval Japanese Buddhist Art from Dr Halle O’Neal from the University of Edinburgh.

With all best wishes for the Lunar New Year.

Launch of the new MA in Interdisciplinary Japanese Studies 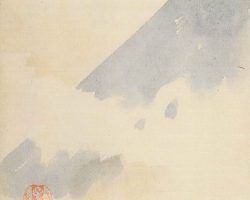