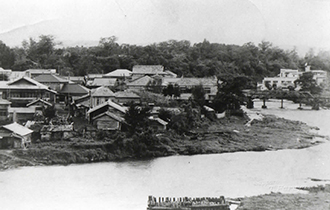 Incorporated into Japan’s national territory in 1869, Hokkaido rapidly became a site of major economic and cultural transformation. Japanese settlers migrated to the island to assist development, which also disrupted the traditional world of the indigenous Ainu people. The lecture recounts the experience of poet, school- teacher and farmer Sarashina Genzō, a second-generation settler born in the town of Teshikaga in 1904, and his interaction with the Ainu in the 1920s and 30s. It introduces Kotan Chronicles, a collection of his poems translated into English for the first time. With a powerful and distinctive voice, the poetry probes this extraordinary cultural encounter in Japan’s far north, depicting both the beauty of the Hokkaido landscape and the backbreaking work required to survive there in an era of economic hardship. It shows how literature acted not only as a subtle witness to changing times, but also a means of political resistance. The translation of Sarashina’s poems results from the collaboration between a historian and a poet, who will contribute to the lecture from the perspective of their respective fields.

Nadine Willems, a Belgian national, worked in media and business in Tokyo for more than fifteen years before returning to academia in 2008. She obtained her PhD in History from the University of Oxford in 2015 and joined the University of East Anglia as lecturer in Japanese history in 2016. She specializes in the intellectual and cultural history of modern Japan. She has written about early twentieth-century revolutionary connections between Europe and East Asia, and the development of the discipline of geography in Japan. Her research interests extend to the history of ethnography, farmers’ movements and proletarian literature.  Kotan Chronicles is her first book of translated poetry.

Paul Rossiter
, born in Cornwall in 1947, has lived in Japan since 1981. He is Professor Emeritus of Language and Information Sciences of the University of Tokyo, Komaba, where he taught for seventeen years until he retired in 2012. The following year he founded Isobar Press, which is based in Tokyo and London, and which specializes in publishing both English-language poetry from Japan and English translations of modern Japanese poetry; Kotan Chronicles is the press’s twentieth publication. He has published seven collections of his own poetry with Isobar and other presses, the most recent being The Painting Stick (2005), From the Japanese (2013), World Without (2015), Seeing Sights (2016) and Temporary Measures (2017).

Third Thursday Lectures is a monthly lecture series supported by: