Home/ Events/ 第3木曜講演会/ The Prism of Youth: Life Writing by Japanese Children and Teenagers during WWII

The Prism of Youth: Life Writing by Japanese Children and Teenagers during WWII 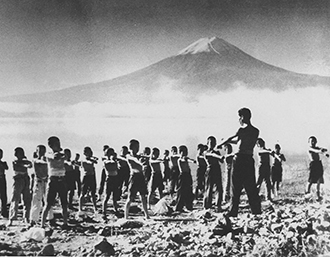 This talk examines the personal documents of evacuated schoolchildren and youth mobilised for war labour service in WWII Japan. By analysing the personal documents, including drawings, of wartime Japanese children it is possible to see how individual experience was shaped into a collective memory of the past, which was important for embracing a shared identity. In their teen years, however, youth began to distinguish themselves within society and vis-à-vis certain contemporary social expectations, looking for a place for themselves as individuals in the larger world. Their awareness of larger, abstract, and man-made structures such as national economies, foreign governments, and large scale social organizations such as religions influenced individual teenagers’ views on the war. The prism of youth illuminates the extent to which maturation was an adaptable, self-directed learning process, and not just an outcome of the disciplinary apparatus controlled by the adults around them.

Prof. Aaron William Moore is the Handa Chair of Japanese-Chinese Relations at the University of Edinburgh. He received his PhD from Princeton University in 2006 and held post-doctoral positions at Harvard and Oxford University. In 2010 he was appointed as a lecturer in the History Department at the University of Manchester, where he primarily taught modern Chinese history for seven years and was made Senior Lecturer. He has presented his research as invited lecturer, keynote speaker, and chair around the world, especially in Britain and continental Europe, North America, and East Asia. He is the author of many articles on Chinese and Japanese wartime childhood and youth, as well as two books: Writing War (2013, Harvard), which analysed over 200 combat soldiers diaries from China, Japan, and the United States, and Bombing the City, coming out next month from Cambridge University Press, which compares the air raid experiences of civilians in British and Japanese regional cities.

The Third Thursday Lectures hosted by the Sainsbury Institute for the Study of Japanese Arts and Cultures are on a range of topics related to the art and culture of Japan. Talks begin at 6pm (50-minute lecture followed by refreshments). Speakers are all specialists in their field and the talks are intended to be accessible to those with no prior knowledge of Japanese history.
Admission is free and all are welcome. Booking essential. To book your seat, please go to the booking form or email us.

The Third Thursday Lecture series is funded by the Gatsby Charitable Foundation, the Great Britain Sasakawa Foundation and Yakult. 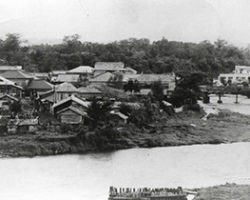 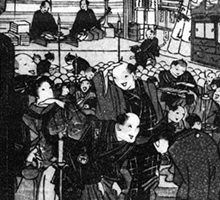 Bringing Back Yoshikono: Songs in a WWII-Era Osaka Rakugo Magazine