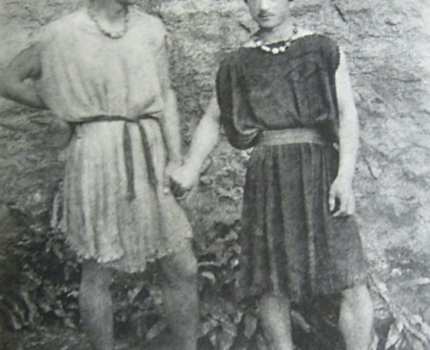 After being neglected by critics and historians for about half of a century, the work of Fujita Tsuguharu (Léonard Foujita, 1886-1968) is being rediscovered as suggest recent exhibitions in Tokyo and Paris. But points of view have changed as the importance of vanguardism in 20th century art history has receded into the background. In this lecture, I would like to show how Fujita integrated in his painting some strong classical elements (in the Western sense), from the pictures he realized under the influence of Isadora Duncan soon after his arrival in France in 1913, to his immediate post-war compositions. The issue therefore is to understand the meaning of such elements in a Japanese context: shall we consider them as symptoms of the West’s dominance over East Asia and Japan in particular or, does it reveal something else in terms of cultural history?

Michael Lucken (born in 1969) is a historian and art historian. He is professor of Japanese studies at the French National Institute for Oriental Languages and Civilizations (INALCO). His main books are L’Art du Japon au vingtième siècle: pensées, formes, résistances (Twentieth Century Japanese Art: Thought, Forms and Resistances), 2001; Les Japonais et la guerre 1937-1952 (The Japanese and the War 1935-1952), 2013; Imitation and Creativity in Japanese Arts from Kishida Ryūsei to Miyazaki Hayao, 2016; Le Japon grec. Culture et possession (Greek Japan. Culture and Possession, Gallimard, 2019). Some of his books are translated in English and Japanese. He has received several awards for his academic achievements among which Konishi Translated Literature Prize (2012) and Académie française–Thiers Prize for best history book (2014). 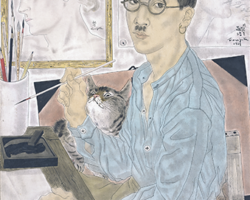