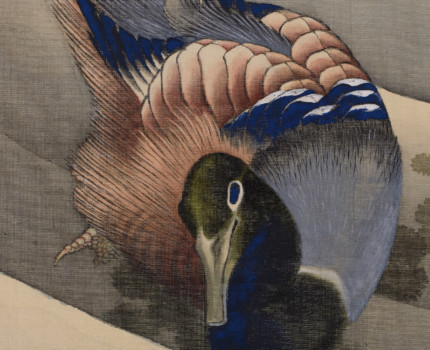 “Our exhibition Hokusai: beyond the Great Wave, held at the British Museum and Abeno Harukas Art Museum, Osaka in the summer and autumn of 2017, proposed that the older the artist Katsushika Hokusai (1760-1849) became, the more powerful and sublime was his art. The famous Great Wave print, published when Hokusai was in his early seventies, invites — and can sustain — repeated analysis and appreciation. And Hokusai’s final paintings, done when we he was aged eighty-eight to ninety, moved many exhibition viewers to tears.

The exhibition was one major outcome of an AHRC-funded international research project ‘Late Hokusai: thought, technique, society’ (2016-2019), which is just coming to an end after three years of work (we are two of the leaders of the project). As curators and scholars, we’ve developed an even deeper and greater admiration for this extraordinary artist. We would like to share with you not only some of our key research findings, but also reflect on the new methodologies that have evolved as our complex collaborative project has developed. We’d also like to conjecture where Hokusai research and appreciation might travel in future years.”

Dr Tim Clark is the head of the Japanese section in the Department of Asia. He is responsible for the 30,000 objects in the Museum’s collection that relate to Japan. His particular field of interest is Japanese paintings and prints of the Edo period (1600-1868) and Meiji era (1868-1912).

Dr Angus Lockyer has been at SOAS since 2004 and focuses on the history of modern Japan. His projects have spanned Japan and exhibitions (or expos, international and domestic), Japan in the 1930s, the relationship between words and things in the early Meiji period (1870s) and the history of Japanese golf.

*Please note that due to the Easter break, the Third Thursday Lecture will happen a week later than usual in April 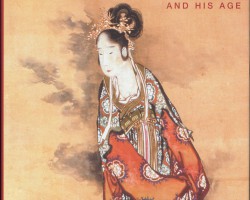 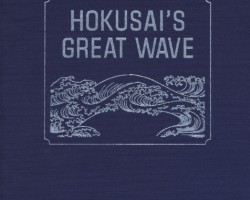 Hokusai’s “Great Wave,” as it is commonly known today, is arguably one of Japan’s most successful exports, its …Read More