Home/ Events/ Preserving Culture on the Margins: Toyama Prefecture in the Postwar Era

Preserving Culture on the Margins: Toyama Prefecture in the Postwar Era 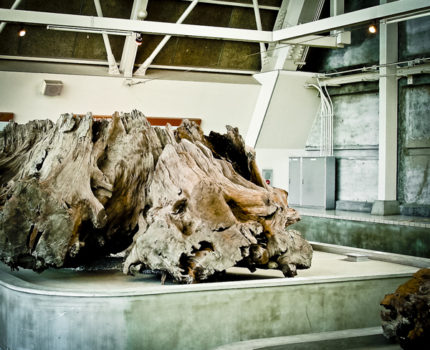 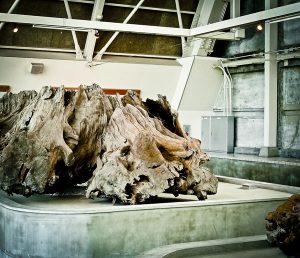 A petrified Cryptomeria tree from the ancient submerged forest in Toyama Bay.

Admission is free and all are welcome. Booking essential.

To book a seat email us at [email protected] or fax 01603 625011 up to two days before the lecture stating your name, number of seats required and a contact number. Unless indicated otherwise the lectures are held at the Norwich Cathedral Hostry (Weston Room), Norwich NR1 4EH. The Third Thursday Lecture series is funded by the Great Britain Sasakawa Foundation and the Robert and Lisa Sainsbury Charitable Trust.

The populist tone that has characterized recent Japanese elections recalls a time more than fifty years in the past when people on the margins of society were seen, as never before, to hold a key to the future of the nation. This talk looks primarily at articles, editorials, and special issues of writings by young people drawn from Toyama-based newspapers from the 1940s and 1950s to explore firsthand the roles played by local residents in the definition of heritage in the early postwar era. By focusing on the negotiation of cultural preservation in Toyama in the early 1950s, specifically the definition of what objects and places should be considered fundamental to the marking of local and national identity, we might gain perspective on what was at stake for the whole of Japan by way of dynamics taking place apparently far from the center.

A 2013 Robert and Lisa Sainsbury Fellow at the Sainsbury Institute, Norwich, and a Senior Lecturer in World History at Texas State University, San Marcos, Peter Siegenthaler studied Japanese language and cultural history at the University of Texas at Austin and media studies at the University of Pennsylvania’s Annenberg School of Communciations. Reflecting his interests in heritage designation, architectural preservation, and tourism, his current project is the preparation of a monograph on the origins of the townscape preservation (machinami hozon) movement in 1950s and 1960s Japan.