Medieval Palace Cities in Japan, Europe and the Middle East 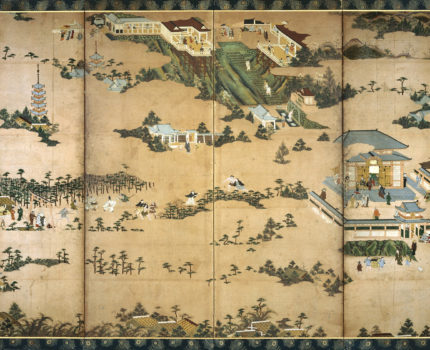 This conference aims to begin to develop a research agenda on palace cities (urban agglomerates with kingly or aristocratic residences at their core), bringing together and unprecedentedly wide range of sites from Japan, Europe and the Muslim world to create a broad comparative context. Some palace-cities contained sovereign residences, while others contained the residences of regional or even religious rulers.

Conference participants will focus on three primary areas. First, we are interested in the architectural and topographical relationship between palaces and cities in relation to the articulation of power. Second, we examine the extent to which there were characteristically urban aspects of rituals of power in palace-cities. Third, we excavate the role of material culture, its manufacture, display, and collection, in articulating the power of palace-cities.

Our goal is to create a compelling analysis of the palace-city as an urban form in pre-modern Japan, Europe and the Middle East that will suggest future research directions in these and other areas of global history.

The programme (Hungarian language version) can be found here.