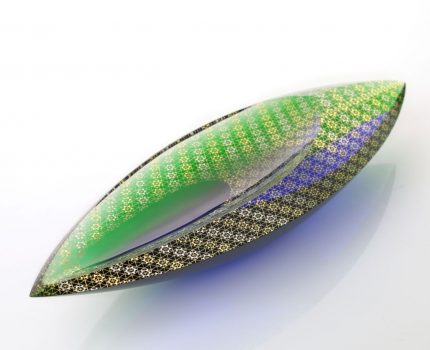 Art crafts or kôgei are thriving in modern Japan, building on a long and vibrant history of localised craft production. The dynamism and technical prowess of Japanese artists who work in a wide variety of craft media can be traced to many factors but in no small part have been sustained by formalised systems of patronage. Historically, regional rulers and local governments as well as tea practise and other social forms of display and performance have helped to sustain these arts. In the post-war landscape, some traditional systems have broken down with population shifts to urbanised centres and factory production. In 1955, to counter this trend the Japanese government created a system to protect traditional craft and performing skills, and to encourage artists to develop them further and pass down techniques. Artists recognised as holders of these skills are popularly known as ‘Living National Treasures’. This system has helped sustain high level kôgei (art crafts) but also had ramifications for craft production in Japan and is at present currently being re-assessed. Interestingly, the system has been copied and adapted by other countries including France and Korea. This talk is based on a personal exploration into kôgei in Japan along with an assessment of the current system of designation of artists and a glimpse into the challenges and possibilities in the near future.

Nicole Coolidge Rousmaniere  is the founding Director and is currently the Research Director at the Sainsbury Institute for the Study of Japanese Arts and Cultures, and Professor of Japanese Arts at the University of East Anglia, Norwich, UK. She was until recently the IFAC Handa Curator of Japanese Art at the Department of Asia, British Museum, and was the lead curator on the Citi Exhibition Manga held in the Sainsbury Exhibition Galleries, British Museum from 23 May to 26 August 2019. She received her PhD from Harvard University in 1998. In 2007 she was the lead curator for Crafting Beauty in Modern Japan at the British Museum. In 2010 she helped facilitate and translate the British Museum’s first manga, Hoshino Yukinobu’s Professor Munakata’s British Museum Adventure. In 2012 she wrote Vessels of Influence: China and the Birth of Porcelain in Medieval and Early Modern Japan (Bloomsbury Academic). Her recent translation of Tsuji Nobuo’s History of Art in Japan was published by Tokyo University Press and won the Japanese Translator’s award prize for 2018. In 2019 it has been reissued as a paperback from Columbia University Press.

THIS LECTURE IS NOW CANCELLED.

Live Pictures: The Power of Painting and the Material Culture of Hanging Scrolls in Seventeenth-century Japan 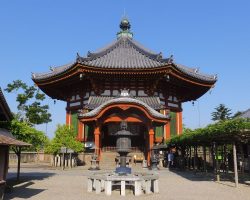 Situated in a bustling area of Nara City, the Nan’endo (Southern Round Hall) is an eight-sided structure at …Read More 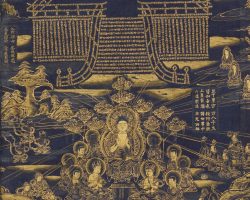 About the Talk Dr O’Neal’s project on the Japanese jeweled pagoda mandalas reveals the entangled realms of relics, …Read More