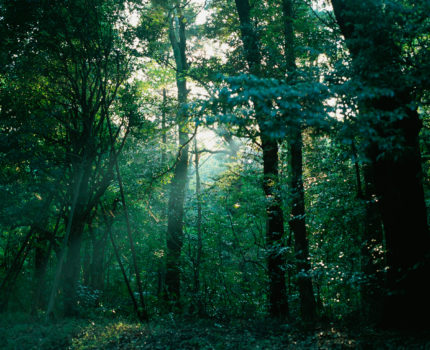 The first talk of the series will be held in Norwich. The talk will begin at 6pm (50-minute lecture followed by refreshments). The talks are intended to be accessible to those with no prior knowledge of Japanese history.

Japan has been called the “toxic archipelago” and its pollution cases such as Minamata have drawn international attention. More recently, the meltdown at the Fukushima nuclear power plant added yet another chapter to the tale of environmental degradation. But Japanese history also provides an alternative story of ecologically sound ways of living. This talk considers not Japan’s famed literary and aesthetic celebrations of nature, but its legacy of environmentally sustainable economic and political practices. These alternative social patterns show that until very recently Japan was on its way to being a vibrantly productive, healthful, modern society without resorting to the industrial excesses that pollute its islands today. Scaling population to match natural resources, using building techniques that conserved wood, eating healthy diets that did not strip the soil of nutrients, solving production problems with energy-saving technologies, and marketing human excrement to create clean cities and farm fertilizer were among the techniques used in the past. With these ecologically sound and economically productive approaches, Japan was able to meet the onslaught of Western Imperialism and maintain national sovereignty in the Meiji Period (1868-1912). But it was also during the Meiji period that Japan began to change its approach, pursuing some of the least environmentally sensitive techniques in its repertoire and adopting Western ones as well. For a while, this strategy worked. While Chinese economic development sank in comparison with European growth in the nineteenth century, the Japanese economy grew. In short, China diverged, but Japan paralleled and ultimately converged with the West, but with all the dire consequences of adapting the West’s non-ecologically sound practices. Today, Japan stands at a crossroad just as in the Meiji period. It can either continue in the thrall of the economic models of infinite growth that blight our finite planet or it can embrace a new leadership role, treating its declining population, legacy of frugal habits, and renown appreciation for natural beauty as assets in defining a sustainable economy in the age of the Anthropocene. The older history, if resuscitated, can provide hope not only for Japan but for the world.

Julia Adeney Thomas investigates concepts of nature in Japanese political ideology, the impact of the climate crisis on historiography, and photography as a political practice. Her book, Reconfiguring Modernity: Concepts of Nature in Japanese Political Ideology, (published in Japanese as Kindai no saikochiku) received the John K. Fairbank Prize from the American Historical Association in 2002 and her essay on wartime memory in Japan, “Photography, National Identity, and the ‘Cataract of Times:’ Wartime Images and the Case of Japan” in the American Historical Review received the Berkshire Conference of Women Historians’ Best Article of the Year Award in 1999. She has also published two co-edited collections, Rethinking Historical Distance and Japan at Nature’s Edge: The Environmental Context of a Global Power as well as numerous essays. Her work has received support from the Mellon Foundation, the Japan Foundation, the Japanese Society for the Promotion of Science (JSPS), Mombusho, NEH, SSRC, and the ACLS. Educated at Princeton, Oxford, and the University of Chicago, she now teaches history at the University of Notre Dame. She has held visiting positions at Bielefeld University, the University of Bristol, Heidelberg, Michigan, and Princeton’s Institute for Advanced Study. Currently she is at Harvard University at the Radcliffe Institute for Advanced Study.

To book your seat, please email the Sainsbury Institute or book online

It is co-organised by the Sainsbury Institute for the Study of Japanese Arts and Cultures, the Meiji Jingu Intercultural Research Institute, and the School of Oriental and African Studies, University of London