Japanese tea culture is often considered to be one of the most unfathomable Japanese cultural phenomena for outsiders. However, recent research by scholars in the West show that the culture and history surrounding tea have been nurtured in a profoundly international context. Observing the tea culture from outside of Japan and focusing on the history of trade and consumption of green tea, we will explore the transnational nature of ‘tea’.

(The lecture starts at 12:25 after short speeches by Shimatani Hiroyuki, Director, Kyushu National Museum and David Richardson, President and Vice-Chancellor, University of East Anglia and Chair of the Management Board, Sainsbury Institute for the Study of Japanese Arts and Cultures.)

Robert Hellyer
‘Japanese Tea as an American Beverage: From the Meiji Restoration to Today’
Associate Professor of History at Wake Forest University

About the Ishibashi Lecture Series

The Sainsbury Institute is delighted to present the Fourth Ishibashi Foundation Lecture Series, sponsored by the Ishibashi Foundation and co-organised by Kyushu National Museum. Lectures will be given in English and simultaneously translated into Japanese. This Lecture Series aim to offer new perspectives in the studies of Japanese arts and cultures and contribute to the promotion of scholarly and artistic exchange between Japan and overseas.

Morgan Pitelka is Professor of Asian Studies and Director of the Carolina Asia Center at the University of North Carolina at Chapel Hill. A historian of premodern Japan, his publications include: Spectacular Accumulation: Material Culture, Tokugawa Ieyasu, and Samurai Sociability (2016), Kyoto Visual Culture in the Early Edo and Meiji Periods: The Arts of Reinvention, co-edited with Alice Tseng (2016), What’s the Use of Art? Asian Visual and Material Culture in Context, co-edited with Jan Mrazek (2007), Handmade Culture: Raku Potters, Patrons, and Tea Practitioners in Japan (2005), and Japanese Tea Culture: Art, History, and Practice (2003). His research has been supported by the National Humanities Center, the National Endowment for the Arts, the Sainsbury Institute, the Fulbright-IIE Program, and the Watson Foundation.

Robert Hellyer is Associate Professor of History at Wake Forest University in North Carolina (USA). A historian of early modern and modern Japan, he served on the faculty of the University of Tokyo, taught at Allegheny College, and was a postdoctoral fellow at the Reischauer Institute of Japanese Studies at Harvard before coming to Wake Forest in 2005. His previous research on Edo period foreign relations was presented in several journal articles and book chapters, as well as in a monograph, Defining Engagement: Japan and Global Contexts, 1640-1868 (Harvard University Asia Center, 2009). He has also published on the socio-economic integration of the Pacific Ocean in the eighteenth and nineteenth centuries. He is currently writing a transnational history of Japan’s export of green tea to the United States from circa 1850 to 1950, a project for which he received Smithsonian, Japan Foundation, and National Endowment for the Humanities fellowships to support research in Japan and the United States.

Sponsored by the Ishibashi Foundation
Co-organised by Kyushu National Museum 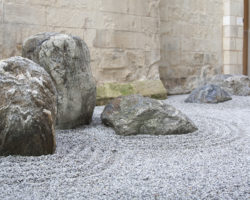 Japanese Gardens: To whom do they belong? 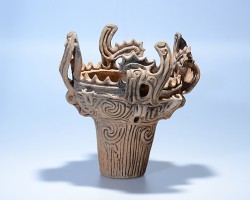 Euro-Japanese Archaeological Exchanges from the 19th Century to Today 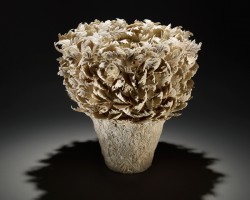