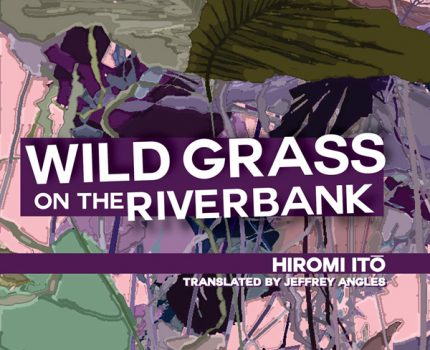 Meet Hiromi Itō and Jeffrey Angles, both award-winning writers and translators working with Japanese literature in English translation. Together they will discuss the publication of Killing Kanoko / Wild Grass on the Riverbank (published by Tilted Axis); a landmark dual collection by Itō, in a ‘generous and beautifully rendered’ translation by Jeffrey. Now widely taught as a feminist classic, Killing Kanoko is a defiantly autobiographical exploration of sexuality, community, and postpartum depression, featuring some of Itō’s most famous poems.

Hiromi Itō is one of the most important poets of contemporary Japan and is often credited with revolutionizing post-war Japanese poetry with her work focusing on sexuality, childbirth, and women’s bodies. Jeffrey Angles is a poet, American scholar of modern Japanese literature and an award-winning literary translator of modern and contemporary Japanese poetry and fiction into English.

Their conversation with be chaired by Motoyuki Shibata, a Japanese translator of contemporary of American fiction and editor of the English-language literary journal Monkey Business.

£5 entry includes a glass of wine. To book tickets please go to the National Centre for Writing website.

Part of Japan Now East 2020 and our Meet the World series.

The Japan Now festival returns for its finale in 2020, featuring the writers, translators, filmmakers and artists telling the key stories about the country, at a range of events across the UK. Full details at japannow.co.uk

Hiromi Itō is one of the most important poets of contemporary Japan. She is often credited with. She later moved to the U.S., and has since focused on migration and the psychological effects of linguistic and cultural alienation. She is the multi-award-winning author of over ten collections of poetry, numerous essay collections and translations and several novellas and novels. She is the author of Killing Kanoko / Wild Grass on the Riverbank (translated by Jeffrey Angles and published in February 2020 by Tilted Axis Press).

Jeffrey Angles is a poet, translator, and professor of Japanese literature at Western Michigan University. His collection of original Japanese-language poetry won the Yomiuri Prize for Literature, a rare honour accorded only a few non-native speakers since the award began in 1949. He has translated into English dozens of translations of Japan’s most important modern authors and poets. He believes strongly in the role of translators as activists and has focused on translating socially engaged, feminist, and queer writers.

Motoyuki Shibata is a Japanese translator of contemporary of American fiction. He edits the English-language literary journal Monkey Business, which introduces contemporary Japanese authors to the English-speaking audience, and the tri-annual Japanese-language literary journal Monkey, in which he publishes new Japanese stories and poems as well as translations of those written in English. 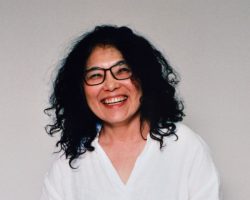