Home/ Events/ Garo and the Birth of Alternative Manga

Garo and the Birth of Alternative Manga 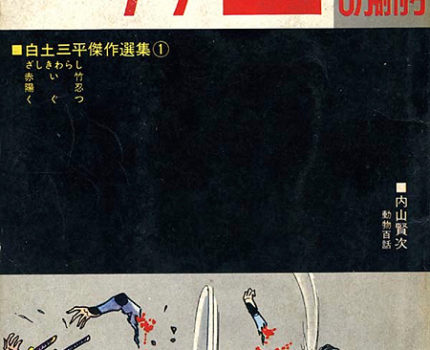 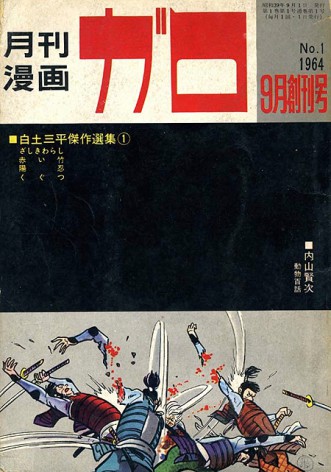 Admission is free and all are welcome. Booking essential. To book a seat email us at [email protected] or fax 01603 625011 up to two days before the lecture stating your name, number of seats required and a contact number. Unless indicated otherwise the lectures are held at the Norwich Cathedral Hostry (Weston Room), Norwich NR1 4EH.

The Third Thursday Lecture series is funded by the Great Britain Sasakawa Foundation and the Robert and Lisa Sainsbury Charitable Trust.

From its founding in Tokyo in 1964 to its temporary demise in 1998, the monthly Garo was a beacon for experimentalism in Japanese comics. This talk will survey the early years of the magazine, looking at its roots in the rental library “kashihon” culture of the previous decade, its relationship to contemporary political issues ranging from school curricula debates to the Vietnam War, and finally its embrace of a new generation of artists influenced by Pop Art, New Wave cinema, and the visual culture of the Japanese Empire.

Ryan Holmberg is an independent art and comics historian. After receiving his PhD in Japanese Art History from Yale University in 2007, he taught at the University of Chicago, City University of New York, and the University of Southern California. He is a frequent contributor to Art in America, Artforum, Yishu, and The Comics Journal, and is editor of two lines of translated manga from PictureBox, Inc. in New York: Ten Cent Manga, which focuses on the impact of American comics and mass entertainment on Japanese manga, and Masters of Alternative Manga.

Become a Friend and receive a complimentary copy of Sir Hugh Cortazzi’s latest book together with a set of Institute’s original greeting cards
Join ‘Friends of the Sainsbury Institute’ and receive a copy of A Miscellany of Japanese Sketch Books and Print Albums, 1840-1912 and a set of greeting cards on the night of the lecture. Copies of the book (£8.00 per copy) and cards (£2.00 each) will be available to purchase on the night.

For more information on Friends of the Sainsbury Institute and how to join, contact Keiko Nishioka at [email protected] or 01603 597 510, or visit: