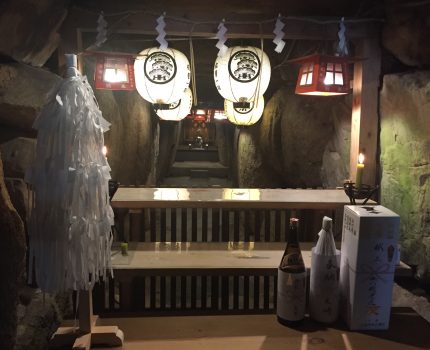 Image: Religion and archaeology combined inside
the Miyajigadake mounded tomb in Kyushu.
Photo by Simon Kaner.

Please note: The talk will not be at the regular venue of Norwich Cathedral Hostry, but will instead be at Blake Studio, Norwich School.

This lecture will consider the relationship between myth and archaeology in Japan through two case studies. The ombashira festival takes place every six years in the area around Lake Suwa in Nagano prefecture. It involves the cutting down of huge cedar trees which are then ridden down the steep mountain slopes, eventually being set up in the sacred precincts of the Suwa Grand Shrine. It is one of the most exciting and more perilous of the Japanese festivals. Aspects of the festival are used in the interpretation of prehistoric wooden circles from the Jomon period. We will consider the rationale behind these analogies. The second example is from the Izumo region, a land full of myths and legends that feature large in the Kojiki (Record of Ancient matters). A visit to the Ancient Izumo Museum indicates that myth and archaeological interpretation are closely intertwined. Once again we will give some careful consideration to the relationship between myth and sacred heritage with a few comparative examples from other parts of the world. We will end with some thoughts on the perceived need for contemporary beliefs to be legitimated through the use of history and archaeology, and a brief visit to the mounded tomb at Miyajigadake in Fukuoka prefecture.

Professor Simon Kaner is Director of the Centre for Japanese Studies at the University of East Anglia and Executive Director of the Sainsbury Institute for the Study of Japanese Arts and Cultures, where he is also Head of the Centre for Archaeology and Heritage. He is an archaeologist specialising in the prehistory of Japan. His recent publications include ‘An Illustrated Companion to Japanese Archaeology’ (edited, with Werner Steinhaus) (Oxford, Archaeopress, 2016) and he is currently editing the Oxford Handbook of the Archaeology of Korea and Japan. He is Co-Editor of the Japanese Journal of Archaeology, Series Editor for the Archaeopress series Comparative Perspectives on Japanese Archaeology and Series Co-Editor for the Springer series The Science of the History of Humanity in Asia and the Pacific. He is currently directing a project on Global Perspectives on British Archaeology (www.global-britisharchaeology.org) and is developing new exhibitions for 2020 at the Sainsbury Centre for Visual Arts at the University of East Anglia comparing the appearance of Buddhism in Japan and the adoption of Christianity in northwestern Europe – the arrival of world religions at the extremities of the Silk Roads, and for the Stonehenge World Heritage Visitor Centre on Stonehenge and Japan.

Admission free. All welcome. Booking is essential.
Use our booking form, call us on 01603 597507 or email us.
The Carmen Blacker Lecture in association with the Third Thursday Lecture Series is funded by the Gatsby Charitable Foundation, the Great Britain Sasakawa Foundation and Yakult UK. 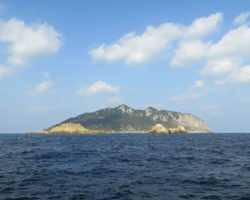 About the Lecture Shinto shrines are places of worship for many in Japan. Considered sacred, pilgrims visit shrines …Read More 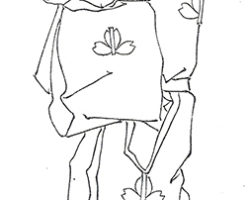 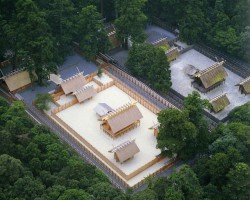 Amaterasu’s Progress: the Ise Shrines in the Public Sphere of Post-war Japan

Professor John Breen Professor at the International Research Center for Japanese Studies (Nichibunken), Kyoto About the Lecture In …Read More