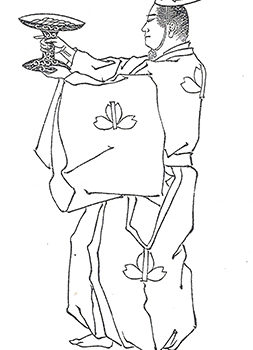 This lecture explores the possibly subversive nuances of two ceremonies to worship Confucius in seventeenth century Japan. Confucianism is with Buddhism and Shinto, one of the great traditions that form the inheritance of modern Japan. Confucius was widely worshiped during the late feudal (Tokugawa) period in a now little known ritual called the sekiten. This ceremony is generally interpreted as providing an ideology for the political dominance of the samurai. Early in the period, however, several independent Confucian scholars initiated unofficial, short-lived ceremonies which reflected a different side of the tradition. Two of these are well documented: the ceremony of Matsunaga Sekigo (1592-1657) was a cultural celebration that appealed to the court and ancient civil nobility; and the liturgy designed by the merchant-scholar Nakamura Tekisai (1629-1702) was explicitly intended to appeal to commoners outside the samurai estate.

Dr McMullen did National Service in the Royal Air Force. He was posted to Hong Kong and from there visited Japan for the first time in 1959. At St John’s College, Cambridge, he read for the Oriental Studies Tripos (Japanese). One of his teachers was the late Dr Carmen Blacker. Following graduation in 1962, he embarked on research in Japanese Confucianism. In 1963, he held a Japanese Government Scholarship at the University of Kyoto, where he prepared for his Cambridge doctoral thesis on the Japanese thinker Kumazawa Banzan (1619-91). He taught Japanese Studies for seven years at the University of Toronto and from 1972 at Oxford. He is a Fellow of the British Academy and now Fellow Emeritus at St Antony’s and Pembroke Colleges, Oxford. He has published extensively on Confucianism in Japan, and is now completing a book on the worship of Confucius in that country.

The lecture in Norwich coincides with the Third Thursday Lecture for the month of July. The Third Thursday Lectures hosted by the Sainsbury Institute for the Study of Japanese Arts and Cultures are on a range of topics related to the art and culture of Japan. Talks begin at 6pm (50-minute lecture followed by refreshments). Speakers are all specialists in their field and the talks are intended to be accessible to those with no prior knowledge of Japanese history.

The Carmen Blacker Lecture Series is generously supported through a bequest from Carmen Blacker and executors of her estate. Co-organised by the Sainsbury Institute and the Japan Society.

Carmen Blacker Lecture Series is generously supported through a bequest from Carmen Blacker and executors of her estate. Co-organised by the Sainsbury Institute and the Japan Society. 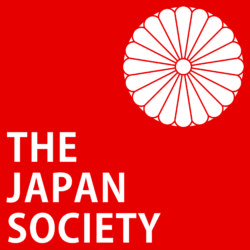