Building Connections among Researchers in Central and Eastern Europe 2015 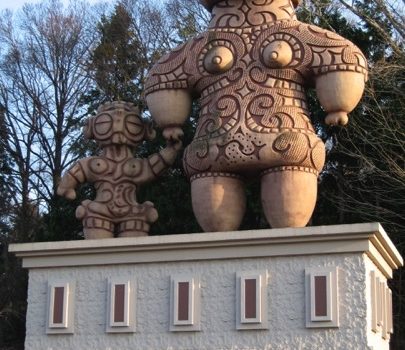 Keynote speech
‘Japan: Tradition, Creativity, Innovation‘
Dr Simon Kaner
Head of the Centre for Archaeology and Heritage, Sainsbury Institute for the Study of Japanese Arts and Cultures
Director of the Centre for Japanese Studies, University of East Anglia

IIn the centuries between the demise of Heian (Kyoto) civilisation in the late 12th century and the reunification of Japan in the early 17th century under the Tokugawa shoguns, towns appeared in many parts of the country. In addition to the new centre of government at Kamakura, there appeared trading centres like Sakai near Osaka, castle towns such as Ichijodani, and towns associated with major religious centres. This talk will introduce recent archaeological evidence for this urban revolution, suggest some comparisons with the development of towns in medieval Europe, and consider some implications for managing Japan’s medieval cultural heritage.

Organised by the Institute of East Asian Studies at Eötvös Loránd University of Budapest and the Japan Foundation, Budapest (JFBP)

Dr Simon Kaner is Head of the Centre for Archaeology and Heritage at the Sainsbury Institute for the Study of Japanese Arts and Cultures, and Director of the Centre for Japanese Studies at the University of East Anglia, UK. A Fellow of the Society of Antiquaries of London, his recent books include The Power of Dogu: ceramic figures from ancient Japan (British Museum Press, 2009) and he is just completing a new book on The archaeology of medieval towns: case studies from Japan and Europe (Archaeopress, forthcoming). He has just launched a new English-language Online Resource for Japanese Archaeology and Cultural Heritage, and is Academic Director of Japan Orientation: an introduction to new directions in Japanese Studies, part of the International Summer School programme at the University of East Anglia.