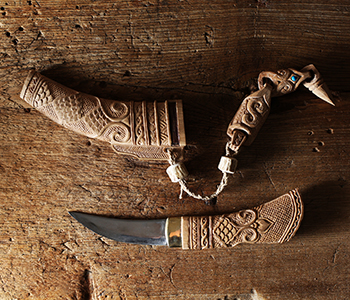 Conflict and Amalgamation between “Tradition” and “Ainu”

Join us for an evening in the company of two distinguished guests who will introduce us to two fascinating aspects of the distinctive culture of Japan’s northern island, Hokkaido. The historical trajectory of Hokkaido is very different to the other main islands in the archipelago, and indeed it was only in the 19th century that Ezo, as it was formerly known, was fully assimilated into modern Japan. Before that it was the preserve of the Ainu, now formally recognised as an Indigenous People of Japan, after decades of discrimination. The Ainu cultural tradition (Ainu means ‘The People’ in the Ainu language, which is quite different to modern Japanese) goes back to at least the 13th century AD. Ainu people controlled territories from central Honshu to Russia, and played a key role in trade in the Medieval and Early Modern periods. These talks will demonstrate how, as opposed to accounts which consider the Ainu to be endangered survivors from the ancient past, they are the bearers of a vital cultural tradition with great contemporary resonance.

The lecture will be held at the Sainsbury Institute, 64 The Close, Norwich NR1 4DH.

The lectures are followed by a drinks reception

For more information on the speakers and Hokkaido University Center for Ainu and Indigenous Studies, please follow the links below: