A Glimpse of the Modestly Literate Picnic Lovers of Old Japan 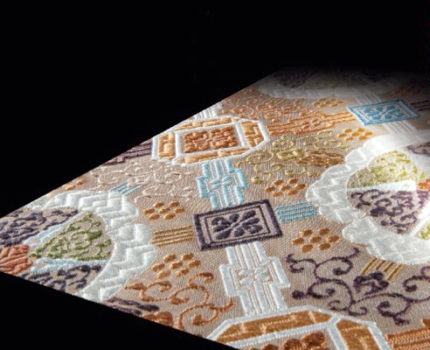 Despite its many rules and constraints, the stability of Japanese society for more than two centuries under the Shogunate’s policy of seclusion (1630s-1850s) did not result in gloomy stagnation. How was this possible? The answer may lie in the era’s abundance of unambitious, self-contented elders, who can be labeled ‘modestly literate picnic lovers (gakumon hodo hodo, yusan dai-suki)’. The existence of this group has been uncovered through a computer-processed analysis of the patterns of wear and tear on the bottom surfaces of more than sixty extant copies of the bulky Setsuyōshū, a household encyclopedia used commonly by local community elders. First produced in the late medieval period, the Setsuyōshū was popularised and expanded during the 18th century and came to be regarded as a reliable reference book. Its scope included instruction to users on how to ‘properly’ express consideration for others, as well as to the numerous gods who occupied diverse positions in heaven and on earth – the virtual representations of the physical environment. In this fourth annual Carmen Blacker Lecture Series, Professor Yokoyama will discuss the users of the book who tended to be detached from the establishment, while indulging in individual pursuits , and hence contributed to the radiance of old Japan. The Carmen Blacker Lecture Series honours the memory and scholarship of Carmen Blacker (1924-2009). Each year a senior scholar will lecture on a theme related to Japanese religion or folklore. The Norwich lecture is held in conjunction with the Third Thursday Lecture series.

Born in Kyoto in 1947, Professor Yokoyama studied law at Kyoto University (B.LL., 1970; M.LL, 1972), and modern history at the University of Oxford (D. Phil., 1983). He joined the Institute for Research in Humanities at Kyoto University in 1972, where he held a professorship in Japanese Culture (1998-2012). He participated in the founding of the Graduate School of Global Environmental Studies of Kyoto University in 2002, where he oversaw the opening within the school of Sansai Gakurin—an institution for dialogues between modern natural sciences and humanities. He was Vice-President of Kyoto University from 2005–2008. His works include Japan in the Victorian Mind (Macmillan, 1987) and Kotoba no Chikara (Kyoto U.P., 2012), the latter an edited volume on the civilising power of language. He was also co-editor of the English-language periodical, Sansai: An Environmental Journal for the Global Community (2005–2012).

The same lecture will be delivered in London on Monday 15 July. To book your seat please contact 020 7828 6330 or [email protected]

The lectures are generously supported through a bequest from Carmen Blacker and executors of her estate. Co-organized by the Sainsbury Institute and the Japan Society in association with the British Museum.